Jan Drexler’s ancestors were among the first Amish, Mennonite, and Brethren immigrants to Pennsylvania in the 1700s, and their experiences are the inspiration for her stories. Now she invites readers to travel back to Holmes County, Ohio, for another engaging story about the Weaver family in The Roll of the Drums (Revell), book two in The Amish of Weaver’s Creek series. In this interview, Jan shares a bit about the book, talks about her characters’ struggles with being single, and explains why it was so necessary for widowers to remarry…

Can you please provide a brief description of The Roll of the Drums? 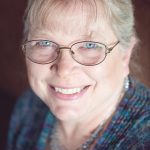 Gideon Fischer’s goal is to provide for his family far away from the effects of the Civil War, but when his wife passes away, he is at a loss. How can he provide for his young children and keep them safe at the same time?

Before Lovinia, Gideon’s wife, dies, she asks Ruby to take her place in the family as wife to Gideon and mother to her four little ones. Ruby can’t refuse Lovinia’s request, but she also can’t consider marrying a man who is practically a stranger.

So Ruby and Gideon work out a compromise. Ruby becomes the family’s housekeeper and nanny and becomes the loving substitute mother Gideon’s children need. Soon, though, Gideon begins to think that perhaps Ruby could also be the loving wife he needs.

When Gideon’s worst nightmare comes true and the war touches the small Weaver’s Creek community, he relies on his friends and his growing love for Ruby to face his fears. The community unites to bring the conflict to a peaceful conclusion.

You have a unique understanding of the Amish traditions and beliefs since your ancestors were some of the first Amish, Mennonite, and Brethren immigrants to come to Pennsylvania. Do you know if they struggled to remain peaceful during the Civil War?

By the time of the Civil War, my direct ancestors had already left the Amish church to join either the Amish Mennonites or the German Baptist Brethren. But since those churches both had the same nonresistant stance as the Amish, I’m sure they were affected by the same pressures as my characters.

Is Ruby Weaver’s experience of being single a typical occurrence in the Amish community?

It isn’t typical now, and I’m sure it wasn’t in the 1860s either. The goal, and responsibility, of Amish young people is to get married and have a family. Ruby’s singleness was a burden to her, but by the end of the story, I think she would agree that it was a blessing, because it allowed her to marry Gideon.

How common is it for widowers, like Gideon, to remarry in the Amish community after the death of their spouse? Are there instances of single parents raising children on their own?

It is more common now for widows and widowers to remain single for a time. But in the 1800s, remarrying as soon as possible was necessary for everyone, not just the Amish.

A man left alone with young children needed someone to care for them so he could work to provide for them. A woman left alone didn’t have many options, either. The society at that time was largely rural, and that kind of life required a team—a husband and a wife—to do all that was needed for the survival of the family.

What do you hope readers gain from reading The Roll of the Drums?

I hope readers see a glimpse of God’s sovereignty. Gideon’s and Ruby’s experiences weren’t random but served to bring them closer to each other and closer to God. 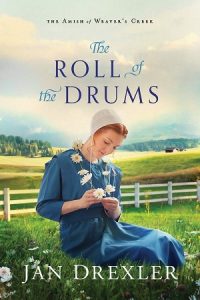 Buy it from our store!