Jarm (‘J’ pronounced as a ‘Y’) Del Boccio is a former teacher and librarian with a passion to make the Bible and history come alive for her readers. She believes with inspiration from the past, children can be the heroes of their own stories. Her debut novel is The Heart Changer (Ambassador International): Can an Israelite captive, wrenched from all she loves, serve the very man who destroyed her village? This middle-grade historical novel reflects the heartache and angst of a young refugee in a foreign land where all hope seems lost. In this exclusive interview, Jarm explains what inspired her to write biblical fiction for middle grade readers, the challenges of using fiction to retell historical events, and why fiction makes such a great vehicle for sharing truth…

Jarm, tell us a bit about the time and place where this book is set. What inspired you to retell this biblical account in this format? 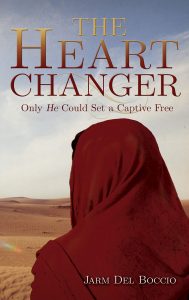 It’s the 9th Century BC during a volatile time in Israel’s history. Because of their disobedience, Israel has been invaded and taken captive by surrounding nations. In my story, Syria has invaded northern Israel, in particular, the area around Shunem, near the home of Elisha the prophet. A young girl, who I’ve named Miriam, has been taken captive by the Syrian army. My story begins right in the midst of the invasion.

I have a heart for the kids in Scripture who have no name or backstory, but have made a huge impact on the lives around them. Naaman’s wife’s servant girl is one of those kids. Another example is the little lad who offered Jesus his lunch. Where did he come from? And how did he find his way to Jesus and his disciples in such a large crowd. Did he offer his lunch freely? And what impact did the miracle make on him?

These are questions I attempt to creatively answer in my novels. Their stories need to be told. I want my young readers to realize the children from biblical accounts were just like themselves—with the same feelings, hopes and dreams.

The Heart Changer is written for middle grade readers. Why is this story important for this audience?

In this present culture, middle-graders have much angst, frustration and identity problems. They feel caught between childhood and adolescence, wondering who they are and what place they have in the world. Many of them, unfortunately, have had upsetting and hurtful experiences with family and friends that add to their sense of confusion.

The Heart Changer helps them see that God can work all things together for good—He sees and He cares. There is always hope if they have a relationship with their Heavenly Father. And that in forgiving those who have hurt them, their hearts will heal. In this way, they can make an enormous impact in people’s lives, not the least of which are their enemies.

What are the unique challenges of using fictional techniques to retell historical events? 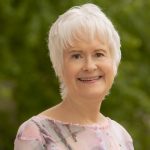 For me, it’s making sure I stay as close to the biblical or historical account as I bring true events and characters to life. Then I embellish the story with characters or events I’ve fabricated to partner with the factual account in order to weave a believable, accurate, and engaging story.

What is it about fiction that makes it such a great vehicle for sharing truth?

Fiction draws readers into a story in an engaging way so they can relate and sympathize with the characters. In so doing, they see themselves as part of the narrative, reflecting their true selves as if in a mirror. The results can be life-changing.

One of the sweetest blessings I’ve received so far was a letter from a parent who saw herself in The Heart Changer’s main character—hurt by others, and unwilling to forgive. After witnessing Miriam’s dramatic heart change, she was able to move forward and forgive her enemies. That’s powerful!

What do you hope young readers take away after reading this book?

Young people can be the heroes of their own story—a true hero—not a superhero, which is a difficult role to fill. They can make a difference in their world as they seek God’s will for their lives. He has made them for a special purpose—if they give God permission, the Heart Changer will write their amazing and adventure-filled story!