Spanish author Mario Escobar writes historical suspense novels that often center around World War II and/or the church. His work has been translated into more than 10 languages. His most recent book, Children of the Stars (Thomas Nelson), tells the story of two Jewish children who escape internment at the Vélodrome d’Hiver just before the prisoners were sent to concentration camps. In our exclusive interview translated from Spanish, Mario Escobar explains how the story of these two young brothers found him, reveals why he wrote this novel from the point of view of children, and how his degree in history informs what he writes about.

Your previous novel, Auschwitz Lullaby, was based on a true story. What inspired you to write Children of the Stars, which is also set during World War II? 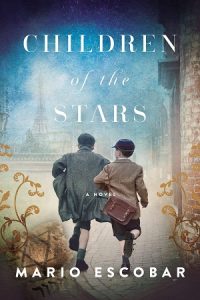 It happened the same way Auschwitz Lullaby did. The story came to me alone–it met me. In 2011, a Spanish association invited me to visit France to see the persecution of the Jews by the Nazis. I was with a group of journalists, historians and Christian leaders in Paris, then we visited the south and east of France and saw museums about the persecution of the Huguenots.

During the trip, we traveled to Le Chambon Sur Lignon and discovered the history of the Christian communities that, inspired by their pastors, saved thousands of Jewish children. A book was published by that group of writers, historians and leaders about their trip to France.

Three years later, after writing Auschwitz Lullaby I was exhausted by the emotional effort. What story could be more powerful than that? Then, next to my desk I observed that book and remembered the History of Le Chanbon Sur Lignon and I knew that that was the story.

What moved you to tell this story of two Jewish brothers running for their lives in Nazi-occupied Paris from the point of view of children?

The persecution of Jews and other minorities in World War II Europe has always interested me. I discovered the subject when I was about fourteen years old, and from that moment I knew I wanted to write about that conflict. That a civilized people like the French collaborated in the deportation of Jews, and that the Vichy regime authorities supported something like that, had to be known to all.

The vision that children have of things has always haunted me. I was a very happy child, raised in a Christian congregation in Madrid, by humble parents who boosted my creativity. I promised myself that I would not betray the child in me. I think I have succeeded.

The look of children is innocent, without prejudice or hate. They are also, along with women, the ones who suffer most in wars and we barely give them a voice to express that suffering.

What did it take to research the time period where Moses and Jacob Stein lived? 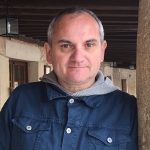 After the first trip, I was reading everything in French and English on the subject of Le Chambon Sur Lignon, the life of André Tocmé, the Calvinist pastor who inspired peaceful resistance in the region and the rescue of children.

Later I traveled with my family back to the French town. I went to the museum, the chapel that is preserved, and the house of Pastor Tocmé. When I returned home I could not stop writing, sometimes in tears, for the heroism of these ordinary people.

Click thru to discover what he considered the most challenging part of writing the book!