Jill Eileen Smith is bestselling biblical fiction whose research into the lives of biblical women has taken her from the Bible to Israel. Publishers Weekly has stated that Jill Eileen Smith “reimagines the biblical story . . . with expert attention to historical and cultural detail.”

In The Heart of a King: The Loves of Solomon (Revell), Smith transports readers to the exotic and ancient land of Israel to visit its wisest and wealthiest king. Imagine the tale of King Solomon as never told before—through his eyes and the eyes of four of the women he loved. King Solomon was wealthy and wise beyond measure. He could—and did—have anything he wanted, including many women from many lands.

In this engrossing novel, you’ll meet Solomon and four of the women who entered his harem: Naamah the desert princess, Abishag the shepherdess, Siti the daughter of a pharaoh, and Nicaula the queen of Sheba. Each woman captured King Solomon’s heart in different ways, and he indulged his desires despite wisdom’s warning. When life takes a turn against those desires and Solomon’s role is tested, he must decide whether his wisdom ultimately benefited him and those he loved—or whether it betrayed them. Did they ever find what they spent their lives searching for? Was life truly meaningless, or was there something more?

You have been included on Booklist’s Top 10 Inspirational Fiction list and have been named a finalist for Christian Retailing’s Best Awards in the Biblical Fiction category. You clearly have a passion for this genre. When did you begin writing biblical fiction, and what ignited your love for it? 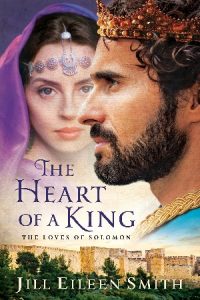 My love of biblical fiction began when I read Two from Galilee by Marjorie Holmes when I was sixteen. I began writing my first “novel” on King David, which was really a learning experience, in my twenties. I’ve written in other genres, though they are not in print, but my first love has always been the Bible and writing about the people there.

Two from Galilee helped me to see that those people were real, and I hope my stories give readers that same experience. Ultimately, I hope readers will find that my books ignite in them a love of Scripture and that through the Scriptures they come to love the Lord Jesus Christ.

Can you provide a brief description of your newest novel, The Heart of a King?

The Heart of a King is King Solomon’s story. It was originally supposed to be a compilation of four ebooks of women he possibly married or loved. But to know those women, I had to understand Solomon, and there is little in Scripture on any of them.

The more I began to understand Solomon, the more I wanted to show his point of view when the final volume came together. So I switched the point of view from first to third person and included much of Solomon’s thoughts and actions. If you read Proverbs, Song of Solomon, and Ecclesiastes, you begin to get a glimpse of the wisest man who ever lived (apart from Christ, of course). And you see what wisdom brought him.

I used Ecclesiastes to understand the older Solomon and tried to weave the Song of Solomon throughout each woman’s tale. In the end, I hope the story shows what it is like to be given such a gift from God and how great gifts can come at great cost if we do not remember who they came from.

The Heart of a King is the story of Solomon and four of the women he loved. Why did you select this story?

The story started out being selected for me. I wanted to add on to one or two of my previous series, and Solomon’s name came up in discussing the project with Revell. They suggested I write four novellas about four of the women in Solomon’s life and then compile them all in one volume. I think my vision for the final volume was different than we first thought, but they let me run with it, and we ended up with this stand-alone of Solomon’s loves.

Can you introduce us to the four women and provide a little information on their background? 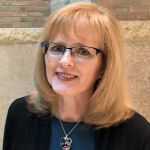 Naamah is an Ammonite and the mother of Solomon’s historical heir, Rehoboam. Little else is told of her in Scripture. It is my imagination that she embraced Israel’s God and that her father was acting king of Ammon after its capture by King David. Shobi (my choice for her father) is also a Scriptural character from Ammon who helped King David during his escape from Absalom.

Abishag holds the most page time of the four women in Scripture. She was King David’s virgin wife and nurse in his old age. She passed into Solomon’s court, and his brother Adonijah requested her hand in marriage through Solomon’s mother, Bathsheba. That request cost him his life. The rest of the story is my imagination because we don’t know for sure whether Solomon actually married her.

Siti is my name for Solomon’s Egyptian wife. He did marry an Egyptian and she did have her own palace, but not much else is told of her in Scripture. I have done previous research into ancient Egypt, so writing her character was fun. We don’t know whether she remained faithful to her Egyptian gods or embraced Israel’s God, but I tried to imagine her as the Egyptians might have been, since Scripture does not show them as overly friendly to Israel except during Joseph’s lifetime.

The queen of Sheba is a historical figure. There are tales of her story from Arabia and Ethiopia, both claiming her as their own. She is mentioned in both Old and New Testaments, but not much is given about her character or her story. I chose to take her historical tales and mingle them into my own imagined tale. Some say she and Solomon had a child together. Since no one knows for sure, I chose to devise a different scenario that I hope readers can appreciate.

Solomon was the wisest man who ever lived, but his wisdom did not steer him away from some very poor choices. What can we learn from his life?

I think the biggest thing I’ve learned from Solomon is to love the Giver more than the gift. God gives gifts to all of us, and many different things can be considered gifts or blessings. Wisdom was Solomon’s gift. Children are a gift from the Lord. Life is a gift. Health is a gift. Most of all, salvation is “the gift of God, not of works, lest anyone should boast” (Eph. 2:8–9 NKJV).

Every good and perfect gift is from above, not from us. Solomon received a wonderful gift when he asked for wisdom. But in the constant testing of it, and in the many other gifts God gave him—wealth, peace, royal splendor—Solomon seemed to forget the Giver. He broke God’s law to kings, and his heart turned to the foreign gods of his many wives.

In the end, as Ecclesiastes shows us, I think Solomon realized his error and returned to the Lord, but he wasted much of his life misusing the gift instead of glorifying the Giver.

What type of research was required for your book?

I needed to understand Solomon, so I read all of the biblical books that he wrote and commentaries about him. I had already studied the life of his father, King David, extensively, so the setting wasn’t a problem as much as trying to figure out the man who didn’t stay true to the Lord as his father had.

Because I had already done the historical, cultural, and geographical study of this era, most of the research was about the person of Solomon.

The Heart of a King
Jill Eileen Smith
Revell

King Solomon was wealthy and wise beyond measure. He could-and did-have anything he wanted, including many women from many lands. But for all his wisdom, did he or the women in his life ever find what they searched for all of their lives?

In this engrossing novel, you’ll find yourself whisked away to ancient Israel, where you’ll meet Solomon and four of the women he loved: Naamah the desert princess, Abishag the shepherdess, Siti the daughter of a pharaoh, and Nicaula the queen of Sheba. As you experience the world of Solomon through his eyes and the eyes of these women, you’ll ask yourself the ultimate question: Did Solomon’s wisdom ultimately benefit him and those he loved or did it betray them?