Bookseller-turned-author Kate Breslin is a Carol Award winner and a RITA and Christy Award finalist. She blends history, romance, and suspense for Far Side of the Sea (Bethany House), a spy novel set in 1918. Lieutenant Colin Mabry is a British soldier working with MI8 after suffering injuries on the front. Johanna Reyer works at a dovecote for French Army Intelligence. Together they must follow the clues to rescue her half-sister—who might be alive and in the custody of a German agent. When their pursuit leads them straight into the midst of a treacherous plot, danger and deception turn their search for answers into a battle for their lives. In this interview, Kate reveals the inspiration behind the novel, reveals what surprised during her historical research, and share the hardest part of the story to write…

What inspired your story? 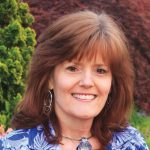 I was researching espionage details from the war for my second novel, Not by Sight, when I came across some fascinating facts about the world of secret communications—and how carrier pigeons were used for espionage during WWI. Incorporating the pigeons was the spark that helped me to create Colin Mabry’s story as a sequel to the Mabry family saga in my newest release, Far Side of the Sea.

What message do you hope readers take away from this book?

While I hope that my stories entertain and give readers a history lesson without it seeming like a history lesson, it’s always on my heart to share some facet of God’s love. In this story, it’s the idea that our heavenly Father isn’t one to be feared but to be friended. He is always with us, and we are each unique and equally important in His eyes and in His unconditional love.

What surprised you the most during the research or writing of Far Side of the Sea?

I had no idea the Americans secretly organized an army intelligence network in Europe once the U.S. joined the war in 1917. I was intrigued to read about several secret assignments in France, one of which I’ve threaded into my novel.

Another surprise: Shortly after finishing the manuscript for my novel, I searched for information about my great-uncle George Saucier, who fought and was wounded in WWI in 1917-1918 and received a Purple Heart after they were issued in 1932.

In my quest, I stumbled upon his genealogy online, which took me all the way back to the year 1634, when my maternal ancestors lived in Saint-Eustache, Paris, France—just blocks away from where Far Side of the Sea takes place!

My great-uncle also fought with the American 32nd Infantry in France, who were commended for their bravery and awarded the French Croix de Guerre, the same medal my story hero, Colin Mabry, receives! It was a thrill for me to discover my own ancestor had walked the same path as my fictional characters!

What was the most difficult part of the story to write?

Aside from the challenge of creating the plot twists and turns, my main character, Colin Mabry, is an amputee due to a tunnel explosion in Not by Sight. While writing, I had to mimic many of his same actions from the story, to see how long each might take to complete or if they were even possible.

Things like getting dressed, knotting a tie, buttoning a shirt, etc. YouTube was a tremendous help to me too, as there are amputees who post basic how-to videos for others who have lost limbs.

Do you have a favorite character in your new novel? If so, why?

Oh, that’s not an easy choice. I love all of my characters, but I will say that I hold a special affection for Lieutenant Colin Mabry. It may sound strange coming from the author, but there is a genuineness and honor about his character that immediately drew me to him as I wrote the story.

To me, he is a hero in every respect. I hope readers will love him just as much! 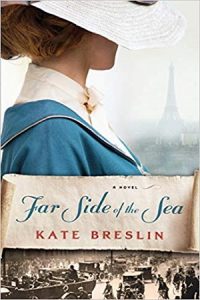