Tara Johnson is an author, speaker, and loves to write stories that help people break free from the lies they believe about themselves. In her Civil War-era historical romance Where Dandelions Bloom (Tyndale House), a woman named enacts a crazy plan to escape an abusive father and an arranged marriage: She disguises herself as a man to enlist in the Union army. On the battlefields, keeping her identity a secret is only the beginning of her problems, especially after she meets a handsome young photographer. In this exclusive interview, Tara explains her goals writing the novel, shares how her faith impacts her stories, and reveals the surprising real-life inspiration behind the novel.

What inspired the story in Where Dandelions Bloom? 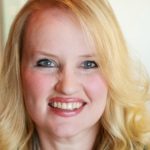 The inspiration for Where Dandelions Bloom was birthed as I read the journal and multiple biographies of Sarah “Emma” Edmonds. This incredible woman enlisted as a female during the Civil War to escape her abusive father.

Emma, a hard-working farmgirl, found herself disguised as a male and teaching the young city-bred recruits how to load and aim a gun. Her abilities were so impressive, she was soon pressed into the delicate but grueling work of spying for Allan Pinkerton, head of President Lincoln’s Intelligence Service.

Yet despite her fiery independence and bravado, Emma carried deep scars from her childhood, and that was the story I wanted to tell. Cassie Kendrick is a fictional character inspired by the wounds and fortitude of countless women like Emma who enlisted to hide from their pasts or escape futures more terrifying than the horrors of war.

What were your goals writing it?

Cassie faces abuse at the hands of her alcoholic father. Gabriel Avery has grown up in the slums of New York, unable to care for his ill parents, or erase the ugliness from the world around him.

Both he and Cassie struggle with the bitter sting of unforgiveness—both with forgiving the ones who have hurt them and with being able to forgive themselves for poor decisions they’ve made. My goal was to explore the pain of rejection and offer the hope and beauty that forgiveness brings.

What do you want readers to take away after reading Where Dandelions Bloom?

I want my readers to know there is freedom and life-changing power in forgiveness beyond anything they can imagine. I also want them to know there is hope, even in the darkest time of their life. Tragedy often births beauty.

What’s an example of how your storytelling is impacted by your Christian faith?

My faith colors the way I see the world, the way I see people, and more importantly, it offers healing to our deepest wounds. Story has a beautiful way of revealing deep, hidden and raw things to our hearts and minds in an incredibly impactful way.

Our society is so fast-paced, so cluttered, and we are lied to so often, that people are yearning for truth—but truth is hard to accept in its raw form. Wrapped in story, it tugs the heart and transforms lives. It forces us to put down the cellphone, the to-do lists and just breathe in what our spirits are crying for.

What does it take to research the period where and when your novel takes place?

So much reading! I immersed myself in as many biographies of Emma’s life as I could, as well as her own journal. Gabe’s story was unique. I had no knowledge of the practices and techniques of photography during the Civil War, so I had to delve into the world of Mathew Brady.

In addition to studying all I could about Brady’s photographs, and his reasons for recording the war, I found some very helpful books on the chemical processes used during the time. It’s given me a greater appreciation for the exhausting work they did just to capture truth in the middle of chaos. 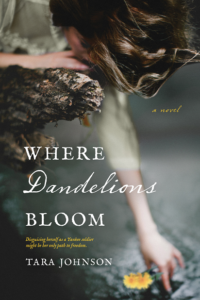