The author shares her journey to solve the mystery behind a well-known rule among the Amish.

Former newspaper-reporter-turned-novelist Beth Wiseman introduces the An Amish Journey series with Hearts in Harmony (Zondervan): Against the rules of the Amish, Levi and Mary share a secret love for music. In our interview, Beth shares why the Amish don’t pursue music, how her real life travels helped her pick the setting, and we also get a peek into her latest novella. 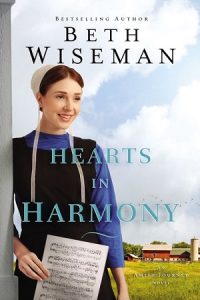 Beth, Hearts in Harmony revolves around the dilemma for Amish pursuing music when it goes against the rules of their community. What inspired you to write a story about this

My inspiration for Hearts in Harmony evolved over years. Most people who read Amish fiction know that music isn’t allowed. But why?

For over a decade, I’ve been asking Amish folks why the rule is in place. Not one single person has had an answer. The standard response was “It just isn’t allowed, and that’s the way it’s always been.”

Through my research, I learned that the Plain people believe that music invokes unnecessary emotion. For instance, why listen to a sad song if you aren’t sad—then, you become sad.

During a recent trip to Indiana, I discussed this with an Amish husband and wife. When I first posed the question about music, they just looked at each other, then back at me, and gave the answer I quoted above. When I told them what I’d read online about music invoking emotion, they said, “That makes sense.”

My point has been that I think some of the rules in the Ordnung (unwritten rules that the Amish known by heart) have just been passed down generation after generation with the reason for the rule getting lost along the way.

When did you find out about this rule?

I wrote my first Amish novel in 2007, and I knew then that music wasn’t allowed. I honestly can’t remember that far back, but in the beginning, I had to do a tremendous amount of research, so I’m sure I noted that fact during the process.

Tell us about Levi and Mary. What about these characters made you want to build a story around them? 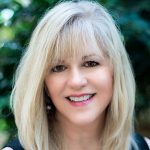 Southern Indiana is special to me for several reasons. First—and most importantly—my only grandson lives there, so this proud grandma has been going back and forth to Indiana from Texas every two to three months for almost four years.

At first, it was all about spending time with CJ (my grandson), but it was hard to ignore the fact that I was right down the road from several Amish communities. And I have family there that was gracious enough to introduce me to their Amish friends and to also drive me all over the place to speak with them.

The two families I met with several times are very different. One family is very liberal, and they use propane, solar panels, and allow cell phones for business and emergencies.

The other family—only forty miles away—belong to the most conservative Old Order subgroup that I’m aware of, and they are often referred to as the Swartzentruber Amish. They don’t use phones at all. No phones in the barn or even in a shared shanty, and definitely no cell phones. This community doesn’t use propane at all. They get ice blocks from their neighbors to keep food cold.

In my story, Mary is from Montgomery, Indiana, and her views are mostly inline with the Old Order Amish most of us know and read about. Levi comes from Orleans, Indiana, from the very conservative Amish community.

Even though these two are both Amish, they are worlds apart when it comes to what is allowed. But they share one thing that is forbidden to both of them—their love of music.

Beth shares her plans for the series: Click through to continue!