The prolific author talks a about his classic children’s series, coming out in new editions to capture a whole new generation.

Wally McDoogle is back—and this time, his hijinks have a 21st century twist! Written by Bill Meyers, the original stories are being re-published in new editions by Tommy Nelson.

Young readers have a new opportunity to join Wally on his zany adventures, as the books now have fresh covers, line art throughout the text, and updated cultural references. These funny stories with important truths promise to engage young readers today as much as they did 30 years ago.

In this exclusive interview, Bill describes the series for newcomers, explains why now was the right time to bring Wally back, and reveals the origins of the series… 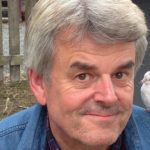 Wally is an average 7th grader who, like so many kids his age, has a low self-image. But through crazy, comical circumstances he winds up learning important life lessons about honesty, respect for others, and his value as a child of God.

What made this the right time to bring back Wally McDoogle?

I constantly receive mail from past readers, now parents, who say the books strongly impacted their lives and they’re looking for something similar for their children. In fact, one of the leading magazines for millennials listed the series as one of the 15 most influential books from their childhood.

What was your inspiration for the original series?

When I co-created the video series McGee and Me for Focus on the Family, I discovered comedy to be a powerful tool for teaching values without getting caught “preaching.” In essence, the humor could be candy coating, so they don’t taste the medicine going down.

My thinking was, if I filled a series with wall-to-wall comedy, I ought to be able to bring in even more teaching. So far, the sale of 2.2 million books (and counting) seems to back up that theory.

These books have been revised for the relaunch. What all did that entail? What’s new?

The lessons and values have remained the same (and always will), but we’ve updated Wally’s world a bit so today’s child can more easily relate to them. We’ve also added some pretty cool illustrations.

You’ve also narrated the audio versions of these adventures! What was that process like?

Lots of fun, except for all the re-takes from the giggling.

What’s the best or most fun part of reading your own works for an audio book?