T.I. Lowe will be releasing her new 3-book Carolina Coast Series by releasing a new book, every other month, over spring/summer 2020.  Beach Haven releases in April, Driftwood Dreams in June, and Sea Glass Castle in August. 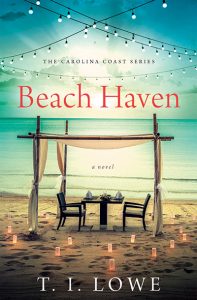 Free-spirited Opal Gilbert seems to have everything she needs to keep living a happy life in Sunset Cove as she refurbishes vintage furniture to sell at her funky ocean-side boutique, Bless This Mess. Until Lincoln Cole, a new-to-town ex-Marine nursing deep wounds and harboring hurts he can’t seem to shake, wanders into her shop. Opal knows a person in need when she sees one and offers Lincoln a job in her workshop. But the brooding former soldier has no interest in Opal’s offer. Thanks but no thanks.

But then a hurricane strikes, damaging Bless This Mess. Feeling guilty for how he treated Opal, Lincoln decides to help her repair the store. And soon it becomes clear Opal wants to restore not only her business, but also help Lincoln find restoration. As much as Lincoln tries to keep her at arm’s length, Opal’s well-meaning meddling begins to heal his wounds . . . and capture his heart almost before he realizes it. 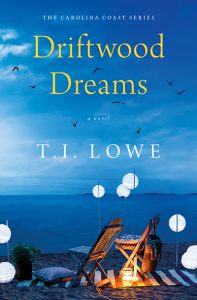 Josie Slater has allowed the circumstances anchoring her in Sunset Cove to become a life sentence. Since her mother’s death years before, she’s spent most of her waking hours helping her dad run the Driftwood Diner. As her best friends, Opal and Sophia, make their dreams come true, Josie watches her own art school aspirations drift on by. But when a French-speaking Southern gentleman from her past moves back from Europe, Josie is launched into a tizzy of what-ifs and I-sure-do-hope-sos.

August Bradford left Sunset Cove six years ago to sow some life oats and conquer his ambitious career goals. Finally ready to lay down some roots, the successful artist is back in town and determined to win Josie’s heart. When he enlists Josie’s help in the preparations for a children’s art camp, Josie finds herself unleashing her artistic side in a way she hasn’t since before her mother’s death. August hopes to convince Josie to paint a life with him, but the problem is convincing her to let go of her apprehensions and give him—and her dreams—a fair chance. 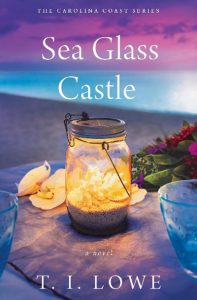 Sophia Prescott is still mending from the embarrassment of a highly publicized divorce from a pro football player, and the now-single mother is back in Sunset Cove, surrounded by the supporting love of her family and the Sand Queens. Sophia doesn’t think there’s any hope for starting over until an unexpected trip to the pediatrician’s office gives her a second chance after all.

Dr. Weston Sawyer knows all about lives shattering into millions of pieces. His own all but ended when a truck driver fell asleep at the wheel and barreled head-on into his pregnant wife’s sedan, killing her instantly and leaving Wes with a soul so wounded that it has refused to heal. He packed up and left swampy southern Alabama for South Carolina with the hope of fading into the sleepy coastal town of Sunset Cove. Instead, feisty brunette Sophia Prescott will have him braving something different and entirely unexpected. If Sophia and Wes can take the leap to give love another try, they just might find that hope has a way of coming back around and weaving into one’s heart. 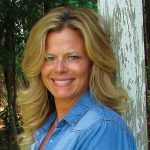 Tonya “T.I.” Lowe is a native of coastal South Carolina. She attended Coastal Carolina University and the University of Tennessee at Chattanooga, where she majored in Psychology but excelled in Creative Writing. In 2014, Tonya independently published her first novel, Lulu’s Café, which quickly became a bestseller. Now the author of 12 published novels with hundreds of thousands of copies sold, she knows she’s just getting started and has many more stories to tell. She resides near Myrtle Beach with her family.