The author on the remarkable true story behind her new historical romance novel.

Dietrich Bonhoeffer was a devoted Christian famous for his resistance to Adolf Hitler’s Nazi government. Many people know Bonhoeffer’s record—part of it, at least. What many may not know is that Bonhoeffer was actually part of a real-life love story that rivals the most masterfully written romance novel.

In her new book, My Dearest Dietrich (Kregel Publishing), best-selling novelist Amanda Barratt takes readers deeper into the life of Bonhoeffer and his true love, Maria von Wedemeyer. Through detailed historical research, including photos, Barratt takes readers behind the scenes of this hero of faith and the woman whose loved changed his life.

In this exclusive interview, Amanda reveals how she became aware of the true-life love story, explains why it’s important to share this story with the world, and outlines the intense research the book required…

Amanda, this historical novel approaches a well-known historical figure from a particularly unique vantage point. What inspired you to write this story? 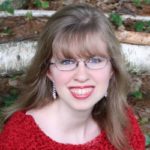 I first heard about Dietrich Bonhoeffer several years ago, when my mom shared Bonhoeffer’s story with me after reading Eric Metaxas’s Seven Men: And the Secret of Their Greatness. A few months later, I came across a quote from Love Letters from Cell 92, the book containing Dietrich Bonhoeffer and Maria von Wedemeyer’s correspondence.

As I began reading about their relationship, I had two thoughts. The first was “Why has this amazing love story never been told?” And, of course, the second was “Maybe I should write it!”

How much has been written about Maria von Wedemeyer before now?

Very little. The first biography about Dietrich Bonhoeffer, written by his friend, Eberhard Bethge, is over a thousand pages long, but Maria is mentioned only approximately four times. Part of this is due to the fact that the biography was published in 1967, when Maria was still alive, and Bethge was perhaps trying to preserve her privacy.

In the following years, very little was written about their love story until Eric Metaxas’s Bonhoeffer: Pastor, Martyr, Prophet, Spy was published in 2010. He met two of Maria’s sisters during a research trip to Germany, and devoted several chapters in his biography to Dietrich and Maria’s relationship.

How important is it to tell her story now?

I believe it’s incredibly important. Maria von Wedemeyer was a courageous and remarkable woman living in a very dark time in world history. I wanted to bring her to life in a narrative that gives the reader a broader picture of who she was, beyond what’s been previously written in biographies.

When I first discovered her, I set out to answer the question “What kind of woman would capture the heart of a man like Dietrich Bonhoeffer?” In many ways, the answer surprised me, much as falling in love surprised Dietrich.

Also, telling Dietrich Bonhoeffer’s love story through the pages of fiction brings his life and story to an audience of readers who might not pick up a biography. In our day and age, we desperately need to hear stories like Bonhoeffer’s. He could have easily closed his eyes to the evil around him, as did many German citizens, but instead he risked everything to take action.