Naomi Stephens is a bookworm turned teacher turned writer. Her debut novel, Shadow Among Sheaves (Shiloh Run Press), reimagines the timeless love story of Ruth and Boaz—transporting the biblical events to Victorian Britain. It’s a novel that will challenge readers to see God’s power work through self-sacrificial love. In this interview, Naomi expresses why she set out to set the original events in a new context, the research she did to get the details right, and what readers can take away afterward…

Naomi, what inspired you to revisit the story of Ruth and Boaz in this new context? 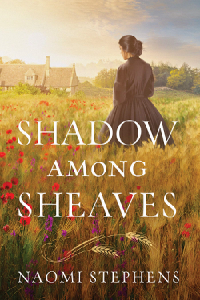 I’ve always loved the book of Ruth for its rich and complex themes. My retelling really began with a single image—the vial of sand my Ruth character wears around her neck.

Though I was intrigued by this initial idea of an Indian Ruth, the setting was still hazy when I brainstormed the project with a friend who was on a Regency period novel kick at the time. Half-jokingly, she asked me to write a Regency novel for her.

It was thanks to this discussion that the British setting took root, though I spent a few more weeks researching before settling on the Victorian period instead of the Regency, so I could center the story around the 1857 Mutiny.

What led you to set the story in this particular time and place?

The decision to use a 19th-century backdrop came down to writing in a historical context that was more familiar to me than the original biblical setting. Since I’m a British literature lover and a BBC movie fanatic (I also studied British literature in graduate school), the Victorian period is familiar and close to my heart.

I found Britain’s imperial influence in India lent itself nicely to the relationship between Ruth, a Moabite, and the Israelite people who would have viewed her at best as an outsider and at worst as an enemy.

What research did you need to do to get the historical details right?

The research behind this project produced a monsoon of information. For the practical side of day-to-day life in Victorian England, I drew a lot from How to be a Victorian by Ruth Goodman and What Jane Austen Ate and Charles Dickens Knew by Daniel Pool. Both of these books offered a wide range of information on Victorian fashion, food, and social etiquette.

I also watched Victorian Farm, a 2009 BBC documentary featuring three historians who have to dress, clean, cook, eat, (and run a farm!) as people would have in the 1800s. This was an informative goldmine, especially when it came to life in the cottage and the Christmas celebration held there—I would never have known about boiled cow’s tongue otherwise!

The most haunting resource was The Plight of Hindu Widows as Described by a Widow Herself, which outlines the rough treatment of widows in India around the time of my novel. It was in this text that I first learned about the omen of being touched by a widow’s shadow.

Obviously, these are just a few of the works I drew on, and this doesn’t even begin to unpack the age-old practice of Googling obscure details at three in the morning—”i.e., how much did a Victorian boot cleaning cost?”

What do you hope readers take away after reading Shadow among Sheaves? 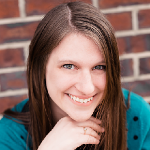 Ruth and Boaz’s relationship models and foreshadows Christ redeeming his forlorn people when they cannot redeem themselves. At the end of the story, we even learn that David was a direct descendant of Ruth and Boaz—which means Jesus was from the same family tree, foreshadowed not just in their story symbolically, but also literally.

Though Rena and Barric step into these roles, readers will probably notice some differences between my characters and their biblical counterparts. Barric, for example, is gruff and proud and takes some time overcoming his own inner obstacles. This was intentional. Though I wanted the story and themes of redemption to harken back to the biblical account, I also wanted Rena and Barric to be characters in their own right, with unique struggles and flaws which, hopefully, resonate with struggling, flawed readers.

At the end of the day, Rena and Barric strive to do what is best for others. Not always perfectly, often at significant cost to themselves, and always under the shield of God’s grace.

What do you consider the best ways for readers to support their favorite authors?

Any act of support and encouragement can go a long way in forging relationships between authors and readers. Write a review. Share enthusiasm about a book on social media.

If you’re in a position to have a writer visit (or Facetime with) your book club, your classroom, or your women’s Bible Study, reach out and ask.

One reader emailed me with a time stamp of 2:43 AM to tell me she had just finished my book. As a debut author, this kind of feedback means the world to me because I know people are reading my book in the same way and with the same enthusiasm that I read my own favorite authors.