If you are looking for an epic adventure that will engage your kids and tweens, look no further than Priscilla Shirer’s recently finished trilogy The Prince Warriors (B&H Kids). These books pack a biblical punch—teaching children about the necessity of the armor of God by using high-stakes fiction to drive the truths home.

Necessity is the mother of invention—and perhaps the mother of creativity. One night, Priscilla Shirer and her son were reading a bedtime story when she noticed a look of complete wide-eyed engagement on his face. Knowing she had his complete attention, she wished the book she was reading contained some biblical truths in the text to help her take full advantage of such a rare moment.

Some time after, while she was cooking breakfast for her boys, one of them asked if he would ever be in a spiritual battle. She sought wisdom from God on how to respond, and explained that they already experience these battles every day.

The look appeared again—total fascination and engagement. Her sons were listening.

Then the light bulb came on.

“That’s when the idea occurred to me to write a story for my own sons that would capture the epic tone of a mysterious and intriguing adventure novel while simultaneously uncovering principles about spiritual warfare and particularly, the armor of God,” Priscilla says. “I wanted to alert my sons to the very real battle that is waging in heavenly places and the victory that they can have in Jesus.”

So write she did. For six years!

However, crafting stories was new territory for her. “Fiction,” she says, “allowed me to flex new creative muscles.” 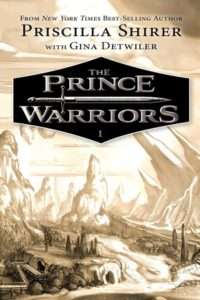 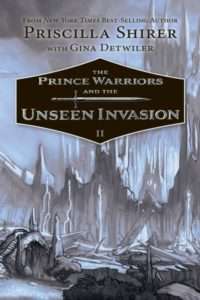 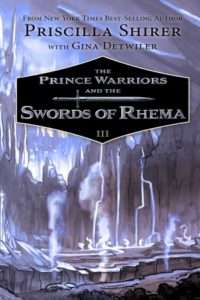 The epic fantasy trilogy follows a group of children that, with their guide and teacher, learn how to be victorious against a very real enemy. They must learn how to guard themselves with their armor and eventually earn their swords and face their most dangerous foe.

During the writing process, Priscilla involved her sons every step of the way, using them as inspiration and consulting them on the names and attire of each character. She used them as sounding boards over the years, sharing her new ideas and gauging their responses.

“They were the ones who let me tell them tidbits,” she says, “about the characters, environments, spiritual concepts, and fascinating nuances that I was dreaming up.”

When she started the series, her children were ranging in ages from 4 to 6, but as the years ticked by and her children grew up, so did the series. The books are actually perfect for children ages 8 to 13.

One unique facet about the books is something Priscilla calls “secrets.” On the Prince Warriors website, readers can click through each book, chapter by chapter, and locate these secrets. They are the underlying biblical messages tucked into principles and events in the book. The website provides scriptures and small details about how the secrets tie back to eternal truths.

For parents looking for creative ways to teach their kids biblical truths, The Prince Warriors books can be great conversation starters. Because they are epic fantasy adventures, the books resonate with kids and leave a lasting spiritual imprint. Some parents and reviewers have likened the series to The Chronicles of Narnia in the way that it draws biblical parallels while communicating eternal truths.

The Prince Warriors collection has also expanded to include a smart phone and tablet app as well as a devotional, Unseen. The entire Prince Warriors collection ties seamlessly into Priscilla’s Armor of God Bible study, read by thousands of women across the country. It’s a natural extension for moms who studied with Priscilla. Unseen is a 365-day devotional that kids and tweens will find engaging and powerful and can stand-alone without the books or app.

FIND OUT MORE ABOUT THE PRINCE WARRIORS BOOKS 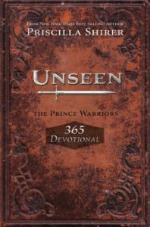 You are God’s warrior, and His armor is waiting for you. These 365 devotions from New York Times best-selling author Priscilla Shirer will give middle-grade readers daily power from God’s Word and grow them into warriors who use their spiritual armor daily. Each day’s strategy session is divided up into two sections: Reconnaissance (Recon) and Actionable Intelligence (Actionable Intel) to help readers recognize the enemy, build their defenses, and claim the victory God has planned for them.

Video: Author/speaker/actress Priscilla Shirer shares her heart behind the creation of a new book series “The Prince Warriors.”