Rachel Dylan is an award-winning and bestselling author of legal thrillers and romantic suspense. Rachel has practiced law for over a decade, including being a litigator at one of the nation’s top law firms. Her Atlanta Justice series has won the Holt Medallion, the Maggie Award, and the FHL Reader’s Choice Award.

Her book Backlash (Bethany House) is the second volume of her Capital Intrigue series:

CIA analyst Layla Karam is thrust into a dangerous DEA field operation against a cartel, and after one of her team members is murdered because of fallout from the op, Layla is left scrambling to find safety.

At the same time, the CIA opens an internal investigation against her. Out of options, Layla turns to ex-boyfriend and private investigator Hunter McCoy for help finding out who might want to ruin her career.

Layla and Hunter soon discover that a mole inside the DEA has sold out the team’s identity to the cartel. She needs to clear her name with the Agency to protect herself and her teammates from cartel retaliation. With threats on all sides, Layla must put her trust in Hunter—the man who broke her heart—and hope they both come out of it alive.

How did you come up with the story for Backlash?

They say some books write themselves, and Backlash was definitely one of those for me. I had a very clear picture of Layla in my mind from the beginning of End Game (Capital Intrigue #1), and I knew I had to make her story the next book in the Capital Intrigue series.

How is the Capital Intrigue series different from the Atlanta Justice series?

Tell us a little more about Layla Karam.

Layla works at the CIA as a Middle East analyst, but those in charge at the Agency believe she would be a better asset if she was a CIA officer working in the field.

Even though she resists, she takes on the challenges because she believes she is serving her country. Fun fact: Layla got her undergraduate degree in Arab studies, and I got my Master’s degree in Middle Eastern studies.

I poured a lot of myself into Layla’s character, but I could never take on dangerous field missions like her. I’m much better sitting behind my computer writing about them!

Backlash involves a second-chance romance. What made you choose to go down that path with Layla and Hunter?

I knew early on when planning these books that Layla and Hunter had a very ugly breakup. But as with a lot of things in life, things aren’t always what they seem on the surface. I hope readers will embrace this story of forgiveness and self-sacrifice once they read about what happened between these two characters.

Backlash also tackles the very serious topic of sexual assault. Why did you decide to write about that?

As readers may remember from End Game, Izzy Cole was sexually assaulted by her superior when she worked as a police officer. In Backlash, when the sergeant who assaulted her is murdered and she is questioned by the authorities, Izzy must grapple with a lot of emotions. She is able to get through such an awful ordeal because she has people around her who support and love her.

She also seeks professional counseling to work through her past, and I wanted to stress the importance of getting help from trained professionals. Last but not least, Izzy relies on her renewed faith to give her strength.

I also wanted to show how difficult it was for her to be questioned by the police about the sergeant’s murder because she had to relive her attack. Many victims of sexual assault don’t come forward for that very reason.

Izzy’s friends stick by her side and step up to the plate to help her navigate the investigation into the sergeant’s murder. There is hope and healing even after a devastating assault, but I didn’t want to sugarcoat the issue. Izzy has to fight her battles one day at a time, and what happened to her changed her life forever. 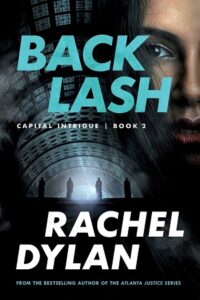