Robin Caroll grew up in Louisiana with her nose in a book. She still has the complete Trixie Belden series, and her love for mysteries and suspense has only increased with her age.

Her latest novel is Dead Silence (Shiloh Run Press): When a court sign language interpreter reads the lips of someone planning an assassination, her life—and the life of her son, lying in the ER—are now be in the crosshairs of the assassin.

In this exclusive interview, Robin shares about navigating a story set in the political realm, reveals the real-life inspiration for her protagonist, and explains how her book features one of the strongest loves of all.

With the political status this country is in at this time, I wanted to touch on such upheavals, but not go into much more detail, focusing more on how our beliefs and support can shape events in our lives.

You’ve set Dead Silence in both the legal and political worlds. What did you find the most challenging as you developed your story?

Share with us a little bit about your protagonist, Elise Carmichael.

Elise is an ASL translator and who has a deaf son. Many years ago, I became friends with someone who is deaf. She shared with me some of her frustrations, but also how her way of life is in comparison to mine.

It got me to thinking that being deaf could be thought of as a disability but could also be used as an advantage … it was all in how you looked at it.

My friend shared many stories of how she “eavesdropped” by reading lips and learned much about people and how they reacted to issues, enough that it led her into her career field today—a counselor, specializing in providing therapy for the hearing impaired as they live in a hearing world. I hope that I portrayed my characters in this positive light.

Did any of your characters surprise you as you wrote the novel?

Actually, Wesson did. I had originally viewed her as an antagonist-type to Elise’s protagonist, but she wasn’t about to stand for that role! LOL

What theme(s) are you exploring in Dead Silence, and what would you like readers to take away?

While this is a departure from a regular love story, it is indeed one of the strongest love themes there is—that between a mother and child. I hope readers relate to the way Elise will let nothing, nor no one, stop her from going to whatever lengths necessary to protect her child. 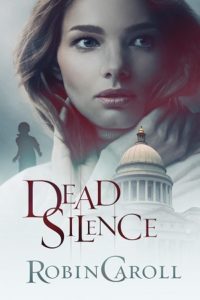