Suspense author Susan Sleeman has published some 40 romantic suspense novels, with more than 1 million copies sold. Her new book is Minutes to Die (Bethany House), the latest title in her Homeland Heroes series. In this interview, Susan explains how she came up with the idea for the story, talks us through her leading lady and leading man, and offers a preview of the next book in the series.

Would you tell us about how you came up with the plot for Minutes to Die? 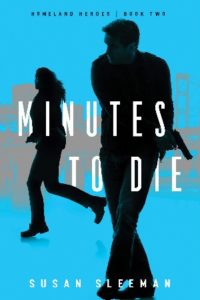 I usually come up with my book plots by asking a lot of “what if” questions, and Minutes to Die is no exception. As I was reading an article about terrorists on the internet, I asked myself, “What if very dangerous terrorists were smuggled into our country with plans to exceed the terror of 9/11?” The stakes were very high, and I knew it would work as a plot.

So I moved to thinking about how the terrorists would get here. My first thought—I don’t know why—was what if they were smuggled into our country via a shipping container? I had no idea if this was even viable, so I began to research the idea only to discover that it actually happens. I was honestly shocked and yet jazzed that my plot was valid. I embellished the idea by using my love for home improvement and made the shipping container a tiny home. I had to put my own spin on it, after all.

Would you tell us about the romance storyline in Minutes to Die?

Minutes to Die features a reunion romance. Kiley and Evan were very attracted to each other when they worked on a multi-agency task team years ago. But before they could admit their feelings, a terrible tragedy occurred on one of their ops and a fellow agent was killed.

As lead on the team, Evan blames himself for the death. Kiley also blames him, and he’s the last person she wants to see let alone work with again. But he possesses the knowledge about organizations that the RED team needs to find the smuggled terrorist, so she agrees to let him join their investigation.

Neither of them counts on the old emotions still being there nor the attraction they feel from the moment they meet again. But Evan is glad that he finally gets a chance to explain to Kiley what happened the day their fellow agent died and to ask for her forgiveness. She’s held this anger and blame for so many years, it’s tough for her to let go. And Evan has been plagued by guilt for just as long.

In Minutes to Die, they both need to get over this major obstacle in their lives before they can follow their feelings for one another.

What one thing would you like readers to take away from reading Minutes to Die?

I want readers to come away from the book knowing that if another person causes them harm, or if they are the ones who caused the harm, that people aren’t infallible. We all make mistakes. Most of us never plan to hurt others. It just happens.

What’s up next in the Homeland Heroes series? 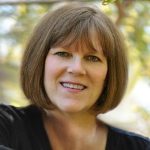 The final book of the series, Hours to Kill, releases in 2021 and features Mack and Addy as they race to find the person smuggling illegal miniguns into our country – all in less than a week. A minigun sounds innocent enough, but it’s a six-barreled rotary cannon (like a Gatling gun) that can fire up to one hundred bullets per second. Cartels in Mexico are currently using them and slaughtering innocent people.

In Hours to Kill, this drug smuggler-turned-weapons dealer has plans to use this gun in the U.S., and many innocent people will die if he’s able to smuggle the guns into the country. Addy was hot on the tail of this smuggler until she was drugged and her car crashed, leaving her with a traumatic brain injury. She can’t remember her investigation, her estranged husband Mack, or the RED team. With the clock ticking down, the team and Addy must find the smuggler before he unleashes the gun on our country and countless lives are lost.

Only Minutes Remain until Disaster Strikes

It’s the intel every agent fears–terrorists have been smuggled into the country, intent on unleashing the most deadly attack since 9/11. With the threat imminent, FBI Agent Kiley Dawson and ICE Agent Evan Bowers are charged with taking down this terrorist cell. The only problem is Kiley blames Evan for the death of her former partner, and she can barely be in the same room with him. But with millions of lives on the line, she has no choice.

If it wasn’t for a bad call Evan made, Kiley’s former partner would still be alive, and Evan has to live with that guilt for the rest of his life. When he starts falling for her, the agent’s death seems an impossible obstacle. As the terrorist plot targets Kiley’s family, the two are pushed to the breaking point in a race to save countless lives.

Buy Minutes to Die from our store!