“Readers will appreciate that Smith infuses this well-known story with emotional depth and a modern sensibility not typically seen in historical novels.”
—Publishers Weekly on A Passionate Hope

In 2009, Revell published Jill Eileen Smith’s first biblical novel, Michal. Since that time, Smith has penned eleven more captivating books that explore the lives of men and women found within the pages of the Bible. In March 2020, Jill explores the beloved story of Esther with her next novel, Star of Persia (Revell).

In an effort to complete a war his father had planned to win, King Xerxes calls every governor, satrap, and official in his vast kingdom to his palace in Susa to strategize and feast. After six months of grueling effort, King Xerxes rewards the rest of the city for their tolerance with a week of frivolity. The week ends with him banishing his favorite wife, something he never intended to do. But when he discovers Esther, Xerxes is sure he has a second chance at happiness.

As a young girl raised by her cousin, Esther never imagined that she would end up as the queen of Persia. But she is soon caught up in the middle of palace politics that place her in an impossible position: risk her life or consign her people to the worst disaster ever to befall them. Can she pit her wisdom against a vicious enemy and win?

With her impeccable research and her imaginative flair, Jill Eileen Smith brings to life the romantic, suspenseful, and fascinating story of the queen of Persia. 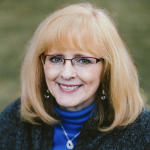 “I hope readers will experience Esther’s story in a way they never have before. I hope they see that secular history and biblical history can fit together, and that even though God is not mentioned in the biblical account, we can see His handiwork all over its pages. It’s simply hidden, as though God is working behind the scenes, which He often does.”

Jill Eileen Smith is the bestselling and award-winning author of the biblical fiction series The Wives of King David, Wives of the Patriarchs, and Daughters of the Promised Land, as well as The Heart of a King and the nonfiction book When Life Doesn’t Match Your Dreams. Her research into the lives of biblical women has taken her from the Bible to Israel, and she particularly enjoys learning how women lived in Old Testament times. 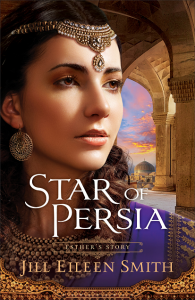 Star of Persia
Jill Eileen Smith
Revell
Buy the book at our store!