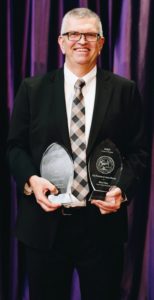 Chris Fabry also won in two categories: Short Form for Looking Into You (Tyndale House) and General Fiction for The Promise of Jesse Woods (Tyndale House).

Here’s the full list of awards handed out at the ceremony! We also asked the winning authors to share with us their thoughts on winning the prestigious award…

Book of The Year 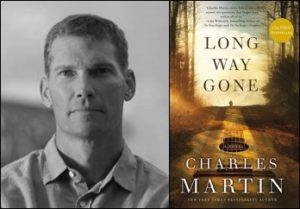 “I’m honored The Christy Awards graciously declared Long Way Gone their ‘2017 Book of the Year.’ When my editor called to tell me, I scratched my head and I thought, ‘Look what God did!’”
– Charles Martin 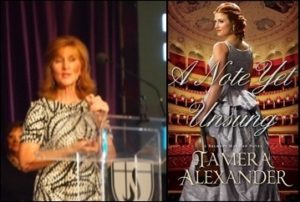 “Winning the Christy Award for A Note Yet Unsung, a Belmont Mansion novel, is especially meaningful because the novel contains two very special ‘threads’ for me. First, as I wrote A Note Yet Unsung, I included an Appalachian subplot as a kind of “ode” to Catherine Marshall’s Christy—a novel I first read over thirty years ago. A novel that had a profound effect on me. So it was deeply gratifying for A Note Yet Unsung to win the award named after the author who so influenced my writing early on.

“And that we celebrated the 50th Anniversary of that renown novel on the night of the Christy Awards was special too! In addition, I included a poem—‘The Last Load’—in this novel that was written by my dear late father-in-law, Dr. Fred Alexander, in honor of his own father. Fred and I always talked about writing something together, yet never quite found the right opportunity. Fred went home to Christ in January 2016.

“But as I was writing A Note Yet Unsung (and when a character’s father asks him to retrieve a piece of paper from a top dresser drawer), Fred’s poem is what that character withdrew. I didn’t see it coming. But I’m betting Fred did! The poem is included in the novel, the same poem that my husband, Joe, read at Fred’s memorial service. As I said when I held the first author copy of A Note Yet Unsung… “Well, Fred, we finally wrote something together!”
– Tamera Alexander

The Lady and the Lionheart
Joanne Bischof
(Mason Jar Books) 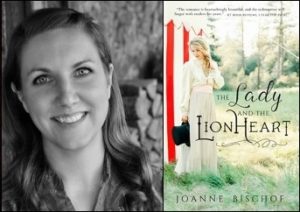 “It was an overwhelming joy to win a Christy Award and all the more thrilling to get to tie alongside Tamera Alexander. To have my new editor at Thomas Nelson accept the award on my behalf, and on the behalf of a book that was independently published, was an honor that I’ll never forget.”
– Joanne Bischof

Her One and Only
Becky Wade
(Bethany House) 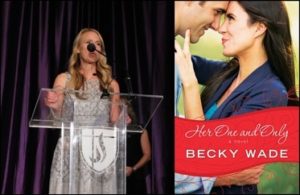 “At the Christy Awards ceremony, they read the opening line of each winning book before announcing the book’s title and author. That’s such a fun way to present the award, because as soon as Mesu Andrews began reading Her One and Only’s first line, I recognized it. While she was finishing the sentence, I was sitting in my seat thinking, Oh my goodness! That’s my book! I was surprised and delighted to win a Christy. To have my work recognized by people involved in the business of Christian publishing is a huge encouragement.”
– Becky Wade 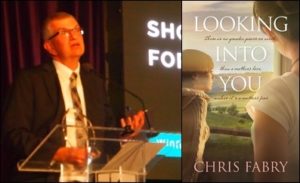 The Mark of the King
Jocelyn Green
(Bethany House) 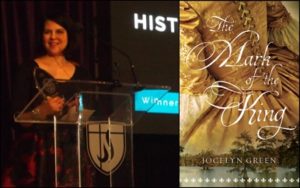 “I was utterly surprised and so honored to receive the Christy Award for The Mark of the King. All of the finalists in every category are so deserving. It was a joy to be present at the Gala not just for the awards, but to be part of a community that celebrates and contributes to excellence in Christian fiction.”
– Jocelyn Green 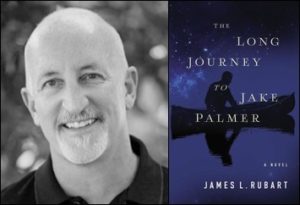 “Winning a Christy? Wonderful. Surreal. Affirming. All at the same time. To realize my novels affect readers at a deep heart level is incredibly rewarding.”
– James Rubart 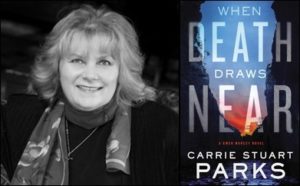 “Winning the prestigious Christy Award was a shining moment in time that I’ll always treasure. With such awesomely talented authors in the mystery, thriller and suspense category, I am humbled, honored and blessed to have won.”
– Carrie Stuart Parks 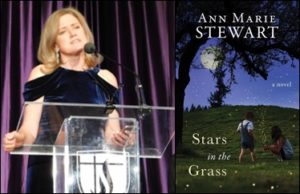 “In even being nominated, I felt my agent, publisher, and editors had been validated. I was encouraged as an author to continue writing words that tell a story of grace, redemption, and reconciliation. Mostly, it thrills me to bring glory to God and comfort to those who might find their lives turned upside down and need to see stars in the grass. God can do so much more with our words than we can ever imagine.’”
– Ann Marie Stewart 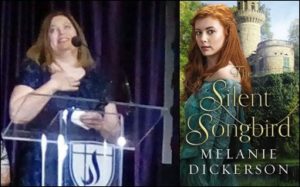 “I was so thrilled to win the Christy Award for The Silent Songbird. It was a highlight moment and something I’d dreamed of for a long time. It was extra special to have several of my best friends there, the Thomas Nelson team, and Beth Moore, since I’ve been through at least ten of her very intense Bible studies, which have meant so much to me in my walk with the Lord.”
– Melanie Dickerson 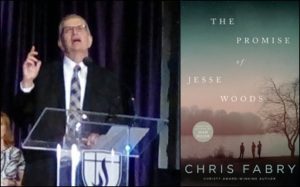 “I was surprised and overjoyed that both books were chosen for the Christy Awards. I was so happy for the team at Tyndale who helped me craft the stories. Honestly, because the characters are so real to me, I felt so happy for them—Matt and Dickie and Jesse and Treha. As a writer, you want your stories to be ‘seen’ and winning a Christy helps in that process.”
– Chris Fabry

The Christy Awards Gala also celebrated the 50th anniversary of the novel Christy, the award’s namesake and now re-released through Evergreen Farm, an imprint of Gilead Publishing.

The evening capped off two days of events that helped inspire, train and encourage those established in the publishing industry as well as those aspiring to break into the market as writers or business leaders:

“We are thrilled with the tremendous response we received to these three writing and publishing events,” said Stan Jantz, executive director of ECPA. “So many talented writers, along with members of the professional publishing community, have reinforced our belief that the art of storytelling is more important than ever. We congratulate this year’s eleven Christy Award winners and look forward to another year of incredible storytelling.”

Sign up for award and event updates for the 2018 program at ChristyAwards.com, where complete information can be found.