What is it about the Regency era that keeps you coming back? 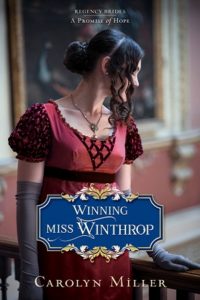 The Regency era (1811-1820, when the Prince Regent ruled England in place of his father, King George III, who was considered mad) is a fascinating period of time. The social order was strictly maintained, sometimes resulting in a polite façade of behavior that hid true feelings.

I like the tension this causes, that people had to “keep face” and guard their hearts and words in a way that seems very opposite to today, when it seems almost anything can be said publicly without shame.

This was also a time just before industrialisation which changed the fabric of English society, a time of inventions, exploration, and war, all of which play a role in the stories I write.

Plus, it’s a time when men were gentlemen, and women were ladies. (At least it is in the stories I write!) So, there is a lovely almost fairy-tale element about this era.

After all, Jane Austen first introduced the wonderful Mr. Darcy in the Regency era—need I say more?

Does living in Australia give you a different perspective on the Regency period than if you lived somewhere else?

I don’t know if it has, although being part of the British Commonwealth means Australia shares a number of similarities with England, such as certain aspects of language (spelling and certain phrases), dry humor, and an appreciation for how widespread the British influence was in the world. I do try and incorporate an Australian reference in each of my novels!

What kind of research do you do for these novels?

Different novels require different forms of research. For Winning Miss Winthrop, I was fortunate enough to travel to the United Kingdom and visit Bath and walk around the streets mentioned in the novel—even taste the waters at the Pump Room!

Of course, Bath today is very different to 200 years ago, so further research was needed for historical accuracy. This involved poring over research books and reading online publications such as letters and diary entries written by contemporaries of the time. This led to my changing descriptions of Bath Abbey to reflect what was actually there in 1816 (alas, the gorgeous stained glass windows you can see today had to go).

What were your goals writing Winning Miss Winthrop? 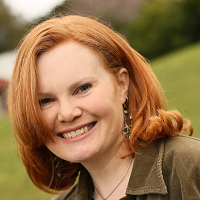 I love books by Jane Austen and Georgette Heyer which were set in the Regency period. I always aim to write something along those lines, but which contains an element of faith, in addition to the witty wordplay and historical detail associated with Regency England.

In Winning Miss Winthrop, I wanted to explore the challenges of some of these social differences, such as romance across class lines. there were not too many cases where an Elizabeth Bennet could marry a Mr. Darcy!

I also wanted to write this using the perspective of a more meek heroine. Someone who wasn’t pushy, who was trying to honor God in how she treated others, but still struggled along the way. (Catherine’s inner snark means she definitely no Mary Sue-type character!)

I also wanted to examine the effect of gossip, and how this often-underrated vice had the potential to destroy individuals and families at a time when reputation meant everything.

Click to find out what liberties Carolyn took with historical facts for Winning Miss Winthrop!