The award-winning author on going to the movies, winning a Christy, and praying for rain.

Charles Martin is having quite a run right now: His 2010 novel The Mountain Between Us (Broadway Books) was adapted into a film last October that starred Idris Elba and Kate Winslet, his 2016 novel Long Way Gone (Thomas Nelson) was honored last November with a Christy Award as Book of the Year, and he has a brand-new novel in May, Send Down the Rain (Thomas Nelson). In this exclusive interview, Charles talks about the breakthrough that led to his Christy Award-winning book, how a movie version of your book can be a mixed blessing, and why his latest novel is the best thing he’s ever written…

Last year was a big one for you, with one of your books being adapted as a motion picture, and another novel winning the Christy Award for Book of the Year. Obviously, people are responding to your work. Why do you think storytelling is such a powerful way to share truth? 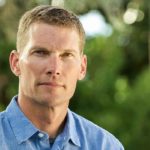 I’m not sure I can answer this other than to say I think it’s wired into our DNA. I think the Lord made us to receive and understand the world through story. Several years ago, I latched onto the idea that His story, revealed through Scripture, is really just one big love story. And, it’s the best love story ever told.

I realize this is not new, but it’s the story of a rescue mission in which all is helpless, lost, and things aren’t looking too good. Then, the hero appears, saves everyone, and dies in the process—only to be brought back to life by the Father who sent Him on the mission. Story, in my opinion, is the only method that comes close to communicating the three-dimensional reality of what was at stake, what it cost and how deep is that love of the Father and the Son.

How does your faith affect how you approach writing?

Jesus said, “From the abundance of the heart, the mouth speaks.” The Charles Martin translation of that reads: if He’s in here, He will bubble up and out of my fingers at some point. The more I write, the more I hope He increases and I decrease. Psalm 45 has come to mean: my desire is to make His great name known to the nations. Period.

I used to answer this differently but after almost twenty years in a writing career, I’m writing for an audience of one. I don’t mean that to sound arrogant. I just mean, His opinion is the only one that matters.

I’ve said this before, and some don’t know how to take it, but when I get to heaven, provided I make it through judgment—which due to the blood of Jesus I believe I will—I hope The Lord takes me by the hand and walks into His personal library, where He keeps the books stacked on His bedside table. And I hope to find my books there. I hope the pages are worn, yellowed, tattered, dog-eared and if I’m honest, I hope He leans in and whispers, “Look what I’ve been reading to my angels.”

The film version of The Mountain Between Us turned out quite different in some ways from your book. How did you feel watching it the first time? Although the movie may not reflect what you intended, are there ways you think God may be “working all things out for good” through this situation? 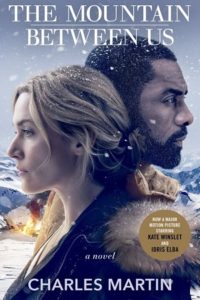 Until recently, much of what I learned about production, I learned from the internet—like you. During this process, I learned one simple rule: Selling an intellectual property is like selling a house.

How do I feel about this? I was, am, and will remain grateful and totally blown away that a studio like FOX would put my book on the big screen. Even with the changes, sitting in that theatre and staring at images that began somewhere between my head and heart is possibly the most surreal and coolest thing I’ve ever experienced.

The Mountain Between Us had been out eight years before they made the movie. It had never hit any bestseller list anywhere. The movie came out and the book has been on the New York Times Bestseller list since it released. More people have seen and been made aware of that book in the last month than in the last several years combined.

Jesus tells us, “If I be lifted up, I will draw all men to me.” I pray my stories do that. Movies, too.

Click through to find out what Charles’ goals were when he was writing his Book of the Year winner, Long Way Gone…