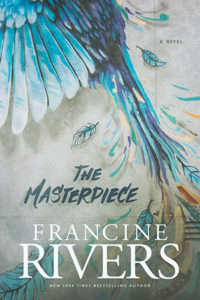 Why do you believe storytelling is such a powerful way to communicate truth?

I know many people who won’t touch a Bible. You even mention reading one, and they raise their hands in protest. Those same people will read a novel.

For some, it’s just a form of entertainment. They enjoy the characters and what happens to them and move on. But others feel a seed being planted and it begins to grow.

Jesus used parables. Some never asked questions after He spoke. They just listened, were briefly entertained, possibly perplexed, and moved on.

But the disciples and those willing to admit their hunger and thirst came to Him and asked: What do you mean by that? And He told them.

Readers sometimes ask me questions about my stories. That gives me an opportunity to point to Jesus. It gives me a chance to tell them what I’ve learned. When you go into the Bible with an open heart and mind and ask God to speak to you, He does. He meets you right where you are.

How has your mission as a writer changed over the years?

My mission as a writer changed drastically when I became a Christian. My first book as a believer was Redeeming Love, and my goal was to show readers who had followed my career what had happened to my life. I’d been writing steamy historical romances where the focus was on a man-woman relationship. Eros.

I sensed God directing me to write another historical romance in the same genre, but showing real love—His love for each of us. It was all about a man-God-woman relationship that brought redemption, healing, restoration, and purpose to a damaged soul.

Every story I’ve written since has been about God and how He works in the lives of broken, sinful people.

In Redeeming Love, God is literally speaking to the main character, Michael, and later, to Angel. In The Masterpiece, Grace continually seeks out God’s voice for direction and guidance in living her life. And while some things seem clear to her, she also finds that sometimes you have to look back to see His hand at work.

I find that in my own life. When I look back, I can see the Lord was always there, right from the beginning. It goes back to Scripture and how God knows us before we’re born. He has a plan already in motion. He knits us in our mother’s womb. That’s what I want to show readers in my stories: the height, depth, and width of God’s love for us.

New York Times bestselling author Francine Rivers returns to her romance roots with this unexpected and redemptive love story, a probing tale that reminds us that mercy can shape even the most broken among us into an imperfect yet stunning masterpiece.

A successful L.A. artist, Roman Velasco appears to have everything he could possibly want—money, women, fame. Only Grace Moore, his reluctant, newly hired personal assistant, knows how little he truly has. The demons of Roman’s past seem to echo through the halls of his empty mansion and out across his breathtaking Topanga Canyon view. But Grace doesn’t know how her boss secretly wrestles with those demons: by tagging buildings as the Bird, a notorious but unidentified graffiti artist—an alter ego that could destroy his career and land him in prison.

Like Roman, Grace is wrestling with ghosts and secrets of her own. After a disastrous marriage threw her life completely off course, she vowed never to let love steal her dreams again. But as she gets to know the enigmatic man behind the reputation, it’s as if the jagged pieces of both of their pasts slowly begin to fit together…until something so unexpected happens that it changes the course of their relationship—and both their lives—forever.