The award-winning author of the Unblemished series, Sara Ella is lover of fairy tales, and believes “Happily Ever After is Never Far Away.” Her latest novel is Coral (Thomas Nelson), a reimagining of Hans Christian Andersen’s “The Little Mermaid” that explores mental health and what it means to be human in a world where humanity often seems lost. In this interview, Sara explains what inspired the novel, the process that led to her modern take on the tale, and why it’s important to raise awareness without raising false hopes…

What inspired you to write Coral? 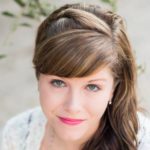 Anything I write tends to start with an idea that relates back to Disney or fairy tales. The Little Mermaid was on the list of retellings I wanted to try.

In the end, it was my editor who helped me decide. That story was the one my publisher wanted me to tackle at the time. I’ve always been a huge fan of the 1989 animated version of The Little Mermaid, but it was the first time I heard Hans Christian Andersen’s original fairy tale that I was truly inspired to write my own twist.

I attended a Marissa Meyer signing in 2015 and it was Marissa who shared the original tale. The ending was dark and portrayed what true love and sacrifice are all about. The line, “But a mermaid has no tears, and therefore she suffers so much more” became my anchor and base for inspiration. This single quote sparked the idea of addressing mental health through my characters.

What was the process of taking a popular fairy tale and reworking it with a modern twist?

I started my research by listening to The Disney Story Origins Podcast (Episodes 06a and b). I began by trying to fit myself into the box of the original story. As I neared the end of draft one, I realized the heart behind the novel was absent. When I recognized the story needed to focus on mental health, Coral came to life in a new way.

I won’t lie, it was a lot more work than I expected. After writing a fantasy trilogy, I figured a standalone contemporary would be a nice break. I laugh at myself now.

I think there is more than one route to take when approaching a retelling. Some elements from the animated version (like a singing crab) didn’t fit with the seriousness of my story. Other elements from the original (like a love triangle) didn’t work either. It was a juggling act, and I learned to think outside the box.

What were your goals writing Coral?

My main goal was to relate to anyone struggling with or affected by mental health issues. I wanted the story to bring a sense of hope, but to also be entirely truthful and realistic. I didn’t want to sugarcoat the issues, but I also wanted the reader to feel heard and understood.

There is so much negative stigma around the topics of depression, anxiety, trauma, suicide, etc… False assumptions about these things are all too common. It was important to me to create an awareness that these illnesses are just that, and they can’t simply be cured or fixed by positive thinking or “getting over it.”

How does your faith impact how you approach writing your fiction?

I love allegory. It was C.S. Lewis who first inspired me to write my faith subtly into my stories. With Unblemished, there was the idea of good versus evil, light overcoming darkness.

With Coral, it’s even more subtle. It’s a dark story, but the hope given at the end comes from a very real place in my life. A hope I only have because of my amazing Savior.

What do you hope readers take away after reading Coral?

There’s a suicide hotline info page at the novel’s end, and I’ve included personal notes to the readers at the front and back. If they are struggling with the themes addressed in the novel, or they know someone who is, my deepest desire is that they will feel understood as well as inspired to reach out to others. 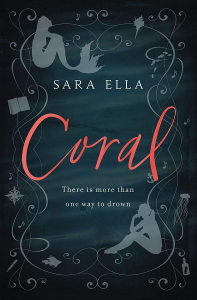