The bestselling author shares why he journeyed back to the two worlds of his Circle series.

With more than forty novels and 10M+ copies sold, Ted Dekker is lauded as one of the top thriller authors. With his latest novels, he returns to the world(s) of his Circle series, introduced to readers more than ten years ago. Beyond the Circle is an epic that spans two novels, The 49th Mystic and Rise of the Mystics (both from Revell). In this interview, Ted shares why he returned to the universe of his classic series, how the books work for brand-new readers, and why these latest titles are the most important novels he’s ever written…

Your return to the world(s) of the Circle series certainly has our readers excited. When you wrapped the original series, did you have plans to come back to that world? What inspired you to come back? 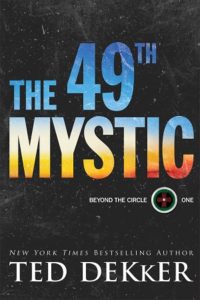 I had originally planned on doing seven novels but found the four ended it nicely. Fast forward half a decade and my own journey of discovery through life which brought me to a place where I wanted to explore some of the challenges left standing in the Circle Series through a whole new story that intersected the original. The result is The 49th Mystic.

How are the Beyond the Circle novels related to the original series?

The 49th Mystic is a whole new story in the same universe as Black, Red, White, and Green—the Circle series—and ultimately is the fulfillment of that series. But it reads as a stand-alone without requiring anyone to have read the Circle.

If you think of the Circle series as Batman’s story, and Beyond the Circle as Wonder Woman’s story, you can see how the two may well intersect but remain standalones in many ways. That’s how I approached this two books in the series, both being delivered in 2018.

What are the challenges of returning to an existing world and still make it welcoming for newcomers?

There was no real challenge, only a lot of fact checking. The real challenge was taking such a radical journey of discovery with Rachelle, the protagonist in The 49th Mystic. That journey challenges even Thomas Hunter in many ways.

For those who have read the Circle series, The 49th Mystic will bring a whole new layer of meaning and fulfillment to what they think they know. It’s a wild, wild ride.

Want to know how Ted Dekker comes up with the surprising themes behind his novels? Click through to find out…