The author told FamilyFiction that her prescient thriller The Line Between was inspired by “actual news articles about diseases, bacteria, and microbes—even ‘zombie worms’—lying dormant in permafrost that is melting around the world today.” (Read our interview here: Speculative Author Interview: Tosca Lee—Grabbed From The Headlines)

The double win is the latest highlight in a series of awards and nominations for the duology, which have already won Literary Titan silver (The Line Between) and gold (A Single Light), and finaled for many others including the High Plains Book Awards, the Library of Virginia’s People’s Choice Awards, Oklahoma Romance Writer’s National Readers’ Choice Awards (The Line Between), Killer Nashville’s Silver Falchion, and Realm Makers Awards (both books). The Line Between was also a Goodreads Choice Awards semifinalist for best mystery/thriller of 2019.

The International Book Awards celebrates excellence in all sections of the publishing industry. Over 2000 entries were submitted to this year’s awards.

The two books center around 22 year-old main character Wynter Roth, who has just escaped a Midwest cult as a frightening disease begins its spread across the U.S. Comparing the series’ fictional narrative to what’s happening in the world one year after the release of The Line Between, Lee calls life “a bit surreal.”

The Line Between has been optioned by Radar Pictures (Jumanji) and Ed Burns’ Marlboro Road Gang Productions (Public Morals) and is in development for television as first reported by Deadline Hollywood: https://deadline.com/2019/01/edward-burns-radar-developing-the-line-between-thriller-novel-for-television-1202538907/

Lee told FamilyFiction that her church background actually made it easier to imagine a dystopian scenario:

“I’d actually say that it’s probably easier to write about dystopian scenarios as a Christian, just because growing up in the church, the end of the world or the worsening of the world is something that we are regularly taught about.”

Lee is the multi award-winning, bestselling author of 11 novels including The Progeny, Firstborn, Iscariot, The Legend of Sheba, and The Books of Mortals series with New York Times bestselling author Ted Dekker. Her books have been translated into 17 languages and been optioned for TV and film. 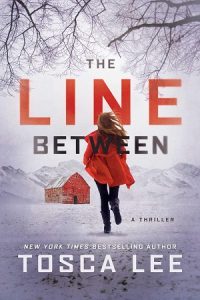 The Line Between
Tosca Lee
Howard Books
Buy the book from our store! 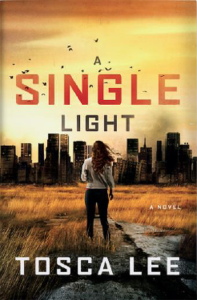 A Single Light
Tosca Lee
Howard Books
Buy the book from our store!